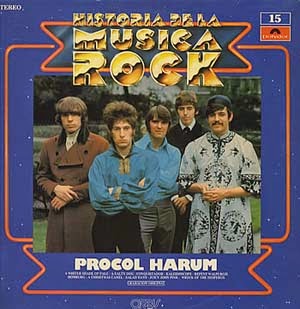 OK-I am about 12 hours post ECT treatment #5. More on that tomorrow. Tonight, I plan on a stream of conscious load of batshit craziness. This will be fueled by Topo Chico and Peppered Beef Jerky that my folks brought me from Bucc-ees yesterday. They drove up San Antonio to have lunch with me and they also got to meet The Benevolent Gnome and the Fixer. I had not see my folks since before my most recent meltdown that landed me in the care of the Gnome, the Fixer, and the Honey Badger.
If you have never been to Bucc-ees, you should probably quit reading this and immediately drive there, get some jerky and a multi-flavored slurpee.
Bucc-ees is a ginormous truck stop made out of gummi bears, cheetos, bbq, breakfast tacos, crude oil and poor white trash sweat. It is against the law in Texas to not stop at Bucc-ees if it lies in betwixt where you is and where you is going.

Historia Dela Musica Rock is a series of records put out by Decca that would put a pic of a band like say, Procol Harum, who's biggest hit was "Whiter Shade of Pale" . They are also one of the progressive rock fore runners which makes them absolutely useless to me as I loathe prog rock with one minor caveat for a few select cuts by King Crimson. Decca put out 100 of the Historia records. You can find the complete list here.  No big surprises except for a couple of also rans....I will let you read through the list and decide for yourself. Pussy Galore put a record out to mock the series, or pay tribute as the case may be, they broke up soon after. 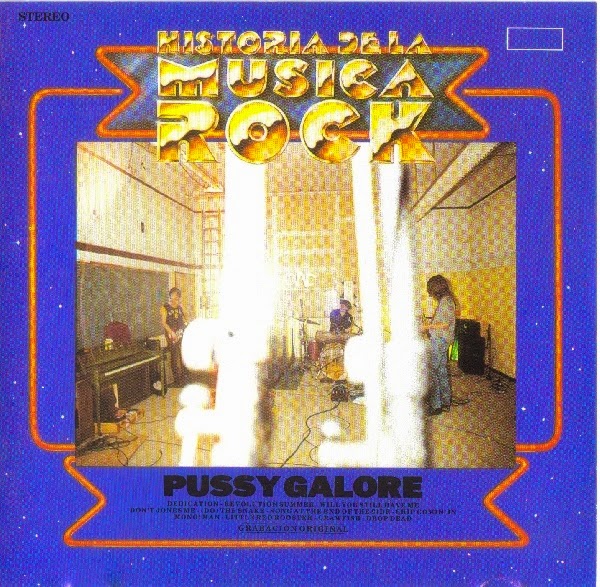