Mr. Egyptian, You Are A GodDamn Liar

I have now finished 9 right unilateral brain scramblings courtesy of the fine folks at Seton Shoal Creek. Today was supposed to be bilateral but they did one last unilateral so wednesday will be the first double jolt I guess. There has been no discernable change in my mood as of yet. The biggest change is big chunks of memory gone, especially over this past weekend. I had to go back and piece together this past weekend through emails, texts and facebook posts.  There are chunks of shit just kind of floating around out there. My friend Mookie pretty much took care of me this past weekend. She took me to my appointment today so got to see my loopy ass post shock. She also came and got me and we went to see the latest Furious muscle head movie which really is the perfect movie to go to when your brains are scrambled because there really is not much worth remembering anyway.  Someone gets killed, revenge is sought, shit blows up, someone gets the shit kicked out of them, old action star has extended cameo, some more shit blows up, good guys win. Of course, one of the franchise stars literally ate a concrete post midway through filming and had to be cgied into finish the movie. The movie was basically just one long car chase with a fist fight thrown in from time to time. There was some fitting tribute for Paul Walker at the end. At least I think there was, The whole thing is kind of scrambled. I assume there will be a number 8. My mom is actually a big fan of these type of movies. She is particularly a fan of Jason Statham, Dwayne (The Rock) Johnson, and Vin Diesel. She does not miss anything with those guys in it, I think the Transporter movies are among her favorites of the genre.

I am a fan of that kind of stuff as well, not as much as her, but I can always count on a report/review of the latest cgi extravaganza. This is where I depart from the fanboy bit though. I will always prefer 70's style Frankenheimer, Ronin for example. And whenever Bullitt shows at the Paramount in Downtown Austin, I will generally go to it. Give me choreographed vehicular mayhem anytime over computer generated green screen flotsam.  That is why I will be seeing the new Mad Max Fury Road when it comes out in a couple of weeks as quickly as possible. Tom Hardy as Max, Charlize Theron in the tough girl role, and this guy: 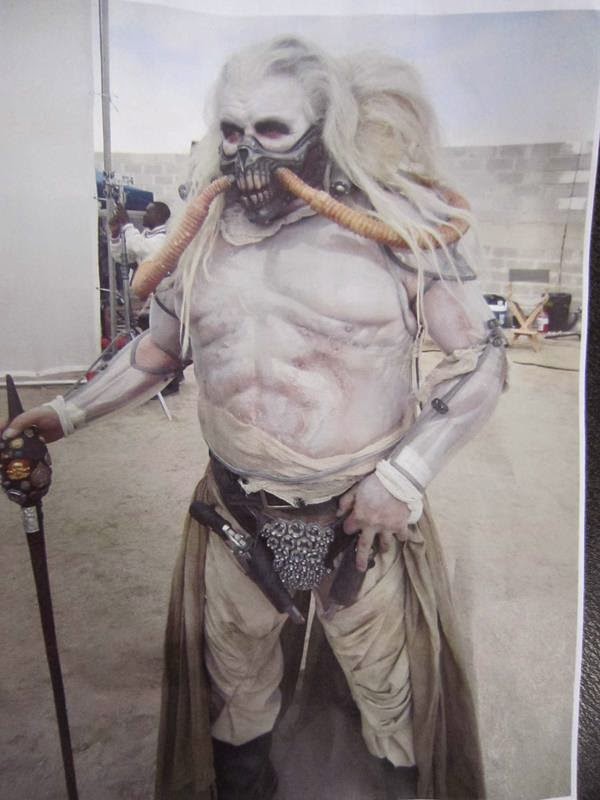 he played the ToeCutter in the original Mad Max and as this is George Miller's re-visioning of his brain child, he's back. I am thinking that from seeing the previews, that George is paying more attention to The Road Warrior and not that goofy Thunderdome silliness staring Tina Turner's Hair Did. Anyway, this movie has been floating around out there for quite  while and I am going to go out on a limb and say its gonna be excellent.
OK-thats my tale of woe...chunks of disappeared memories...and Mad Max is coming....