TODAY, ELECTRICITY IS NOT MY FRIEND, Porter Waggoner's Johnson,. The Best Record Ever Put to Vinyl and Other Musings...

Ok, three sessions of ECT done, who knows how many more to go. Today is a bad one so far. The headache is far worse than the last two sessions this week and the the profound sense of sadness, despair and fatigue is way more prevalent as well and much worse than the last two times. The rubbery legs are worse today as well. I walked over to Once Over, my second office (otherwise known as the hovel where Luna and I reside) on South First to work on this. I have a standing rule to not muse on my mental health struggles at my home office, plus I have been going to Once Over pretty much every day since it's been open, I am fond of all the worker bees there and they are kind and at the very least pretend to be interested in my fucked up adventures.

I've posted some links to ECT in the previous blogs. This one is linked to WEB MD. I have not read it yet because my reading ability seems to have been blottoed by the ECT this week. It may be complete bullshit, which I am profoundly sorry for. That's fucking bullshit, I'm not sorry at all.

Sorry this entry is so gosh darn dour but my self-deprecation seems to have been obliterated as well today. This is gonna be a short one boyos and girlos.

This journey was started by a self admission to the Brackenridge Psychiatric ER one week ago. The fine, very cool, extremely kind and compassionate folks at Seton Shoal Creek that run Austin's ECT program suggested this method as to get plugged into the system much quicker than trying to meander in the outpatient method. The Fixer took me in ( I promise a more in depth treatise on the Mental Health Team who are shepherding me through this most recent battle against Bob (my brain, more on that later as well). The above platitudes are honest and forthright... they really are fucking awesome people. The lady who handles all the entry work, who's name is escaping me at the moment (ahhh, there is that ECT memory fuckiness)..I texted The Fixer, soon as she texts me back, I will supply the name of this angel of joltiness. She has a signed poster of Princess Leia who has gone through multiple ECT sessions to battle her depression. My good friend Red Beard says I am in good company, indeed I am.

The experience at the Brack end of this adventure basically sucked Donkey Dicks. (by the way, do not hit this link if you would be offended by by a picture of a sombrero wearing donkey with his johnson (maybe bigger that Porter Waggoner,s even) hanging out. Ok, I just spent the last twenty minutes trying to find a picture of Porter Waggoner's bulge but Google images is not cooperating. So, here is a shot of Porter Waggoner's Rubber Room. 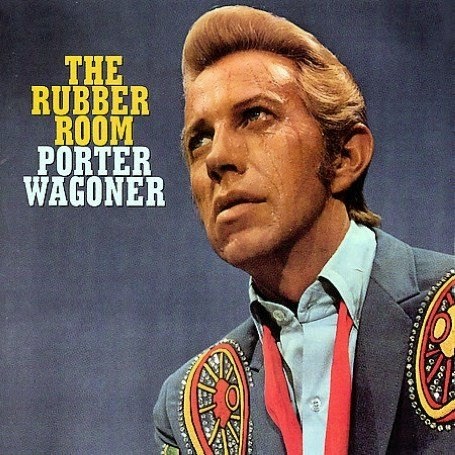 Which is of course very fitting. You will just have to trust me that the stories of Porter Waggoner's giant phallus are legend, so much so that Nudie, Nashville's suit maker to the stars had to account for his dress to the right and make sure he had enough bedazzled fabric in the crotch area.

By the way, I know there are numerous syntax and spelling errors in these bloggo entries...sorry, ( ok, not really)...maybe someday I will have the energy and wherewithal to fix them, but I doubt it.

OK, time to vacate the satellite office, walk over to the End of an Ear, my favorite vinyl record store and check if that Spanish First Pressing of The Clash's London Calling (probably the best album ever recorded, but I will consider briefly and disregard arguments otherwise). 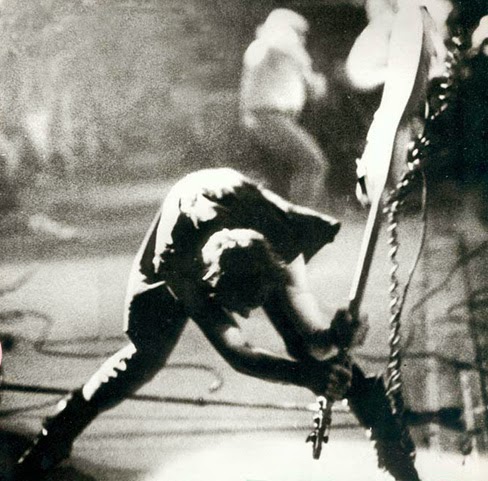 More on the Seton Shoal Creek Electrical Engineers next time.

More to follow...have the kind of weekend you want to have, or not, I really don't want to cast any aspersions on anyone's right to have a shitty weekend.