TRUE LOVE IS THE DEVIL'S CROWBAR and don't throw beer on Billy's guitar!

Working from DogRanch Central today, so no mental health crap today. One of my all time favorite bands is playing at the Mohawk (assuming it does not get rained out).

X came out of Los Angeles, California in the late 70's/early 80's and their first 4 albums:

are pretty much fucking great. Under the Big Black Sun is on the turntable right now.Right now, this album is my favorite X album.

I saw X for the first time at a place called Clubfoot in Austin, Texas (1983 I think).  I was living in San Antonio at the time and my leg was in a cast secondary to a misunderstanding with a rather larger, drunk, pissed off bouncer from Raw Power and Light, a punk rock club on San Pedro Ave. in SA. In my fervent wish to get away from this guy, I kicked him flat footed in the thigh and broke my foot.

So I rode up to Austin with some other folks and hobbled my way up to the front of the club. I was struggling to get through the entrance (I remember it as a ramp but it could of been stairs, it was a fuck of a long time ago) when Exene Cervenka and Billy Zoom came up on either side of me and asked if I needed help. I was fairly dumbfounded and they helped me into the club and up to the stage and deposited me next to the band on the stage so I would not get trampled by the hoi poloi. Pretty fucking cool when you have your punk rock idols looking out for you.

The Big Boys, the kings of Austin's Punk Rock Scene opened up for X that night. I think this is the flyer though I could be wrong, like I said, it was a long time ago: 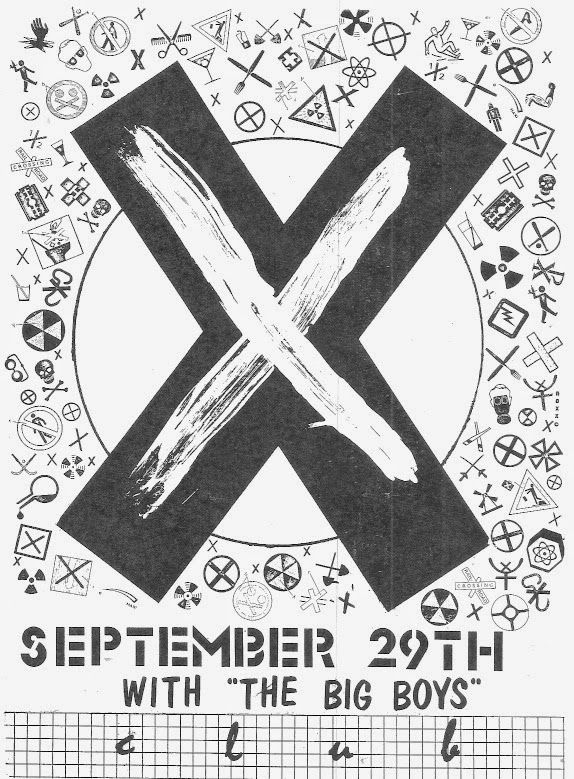 After the Big Boys finished, X came on stage and launched into their set. At some point, some idiot threw a beer on Billy Zoom.  Billy did not really care about the beer getting on him but to get beer on his precious '55 Gretsch Silverjet: 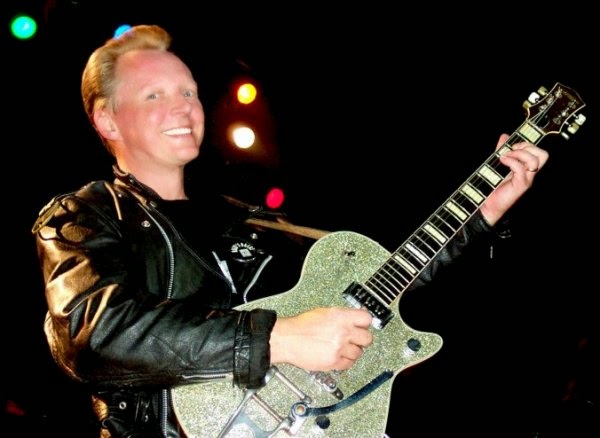 that is a fucking crime. Billy rested his guitar on his amp, jumped off the stage and took off after the beer thrower and chased him out of the club. Chris Gates of the Big Boys got on the mike and warned the crowd that any other similar shenanigans would end badly for the perpetrator. Chris is a big guy so I think everyone behaved after that.

A couple of years ago, in a chance meeting with John Doe, I asked him about that show. He remembered it well. He told me Billy only traveled with that one guitar and other than a time period when the guitar was stolen (it got returned), it is the only guitar he pretty much has ever played in his career with X.

So, X is one of my favorite musical acts of all time, I'm going to see them tonight and I will not be throwing a beer on Billy Zoom and I don't feel sorry for anyone who does cuz even though  Billy is 67 years old now, the odds are in his favor of kicking said thrower's ass.